Breaking Free from the Chains: The Truth About Making Money in Today’s World with Dr. Alison J. Kay 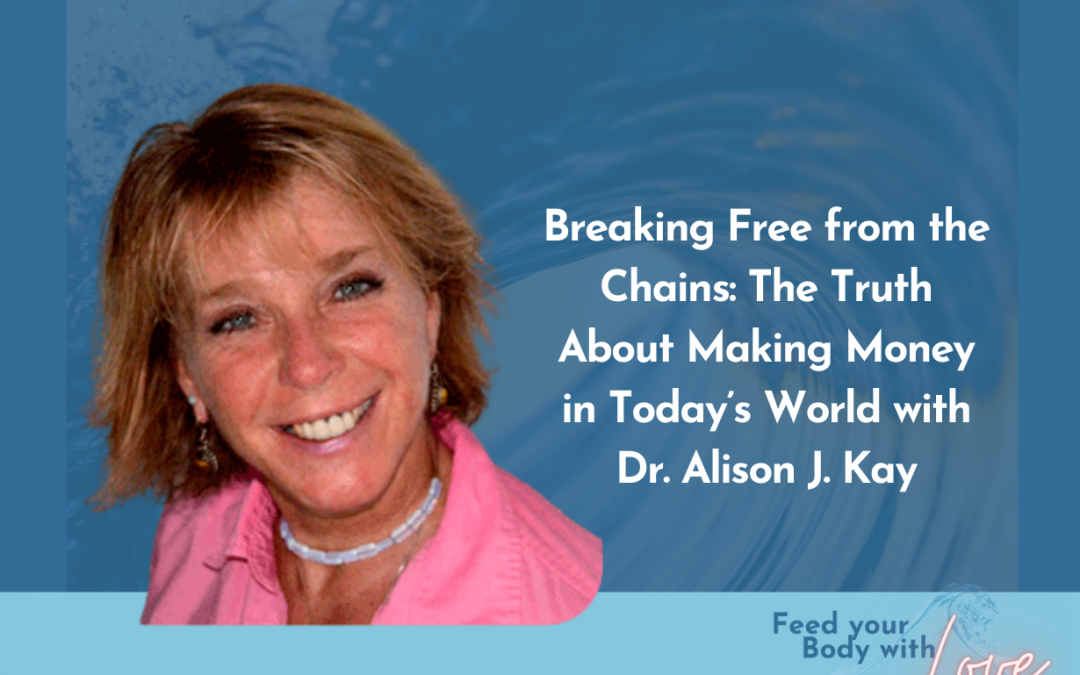 Dr. Alison J Kay has secrets no one else uses to upgrade, inspire & disrupt old paradigms within her community & the collective. She is an Award Winning, #1 International. Best Selling Author and the Founder of the Vibrational UPgrade™ System.

She is an experienced subtle energies practitioner and natural healer with a holistic approach towards helping others thrive in mind, body and spirit. This is reinforced by her ten years in Asia studying subtle energies & ancient wisdom. With 20+ years working in & teaching Yoga, Meditation, Energy Medicine, MindBody Fitness, Longevity and Holistic Health with a specialized focus on the Chakra System, Dr. Alison brings a unique perspective that facilitates massive change.

Dr. Alison’s mission is to support the next higher evolution of the collective & create change for the health of this planet and those who are ready to unleash every part of the magic within them. Backed by the potency of her Vibrational UPgrade™ container, she hosts a wildly popular Activate Your Magic monthly program synced with the potency and support of the moon. and offering Group Clearings & Activations. Her signature program, Magic, Manifestation & Money Flows facilitates massive money, health, spiritual & life enhancing shifts to 100’s of clients worldwide.

While her advanced clients are supported by her Vibrational Upgrade™ Mastermind Group, Certification Program & International Retreat Programs. You don’t need to believe in this in order for it to work… that’s the beauty of what Dr. Alison accesses – as soon as you experience her work, you will feel the shift within you