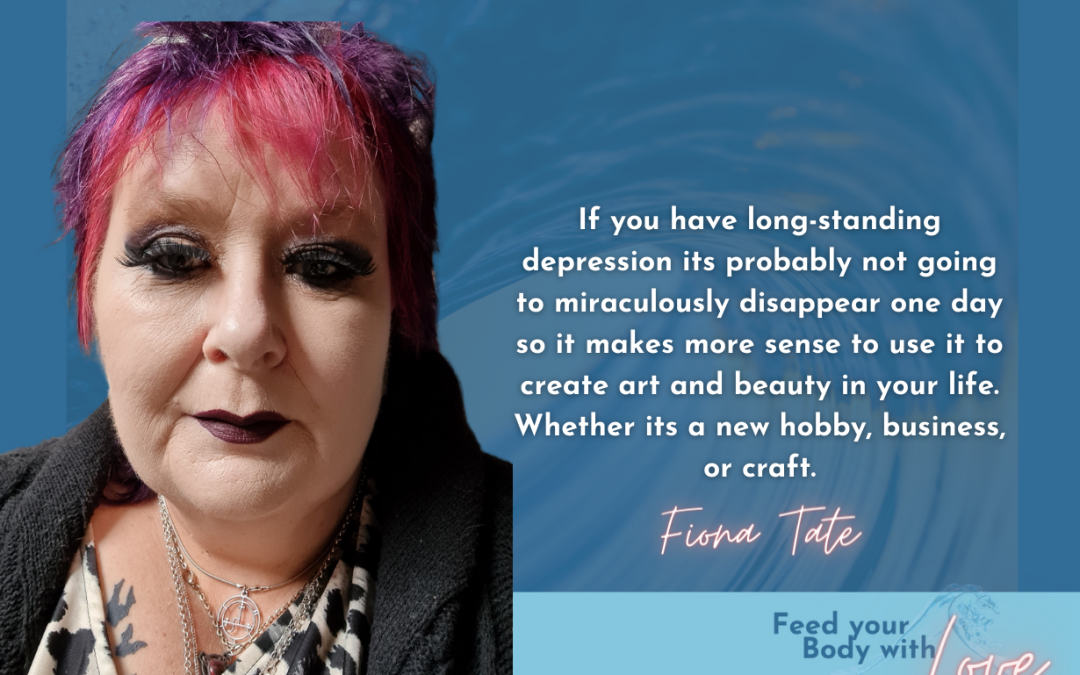 Fiona Tate, The Depression Muse, is on a mission to eradicate suicide from the planet. She believes that to achieve this, we have to create a society where we celebrate differences rather than discriminate against them. In line with this, we have to work against self-stigma and discrimination which many people with long-standing depression struggle with.

As The Depression Muse, Fiona works with women who are fed-up with a medical profession that tells them they need to recover from their long-standing depression, as if it was a fault that somehow makes them less than other people, rather than teaching them how to live a fulfilling life WITH depression. Fiona guides the women she works with to not only live well with depression but to use it to create what she calls Creatures of Fucking Beauty. She does this by using a mix of her own lived experience of long-standing depression, the Tarot, her intuition, and her spirit guides. Her Psychology BA, mental health and addiction work experience are extra bonuses she throws in.

Living well with Depression. Recovery is bullshit. If you have long-standing depression its probably not going to miraculously disappear one day so it makes more sense to use it to create art and beauty in your life. Whether it is a new hobby, business, or craft.

You can watch her Webinar: Real Feelings or Demon Dealings (Depression Muse): https://youtu.be/sMvcGQlc268