Mental Health, Endometriosis, and the GLAD Technique with Lesley Scott 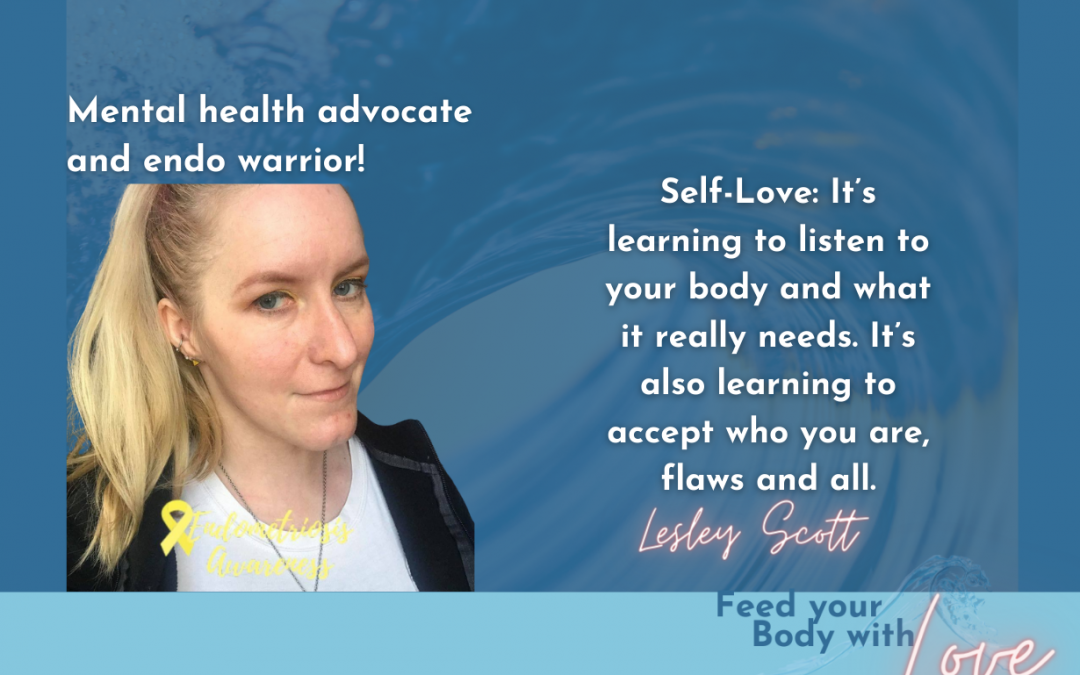 Lesley is a mental health advocate and endo warrior. She has been battling depression for 20 years and has found a few things that have really helped her with the daily struggle. Today we talk about one of those techniques: The GLAD Method that she has used DAILY to help her through her struggles.

We talk about her story of finding a diagnosis and how she remained positive during a year of healing and surgery.

After making it through to the other side, Lesley now wants to create a community where those struggling with endometriosis, depression, and other mental health struggles can go to get support and find people that can help them through the process. This was something she wished she had access to during her diagnosis, surgery, and recovery.

When I asked Lesley to tell me what self-love meant to her she said, “Self-love is huge! Without self-love, your mental health can really get tossed into the crapper. For me sometimes self-love is eating good food or exercising. Other times it’s taking a nap and watching mass amounts of TV. It’s learning to listen to your body and what it really needs. It’s also learning to accept who you are, flaws and all”.

It’s time to embrace all of you! Be brave and surround yourself with a support team.  Let’s dig in.