Endometriosis: How cooking from scratch changed her life with Liv Austen 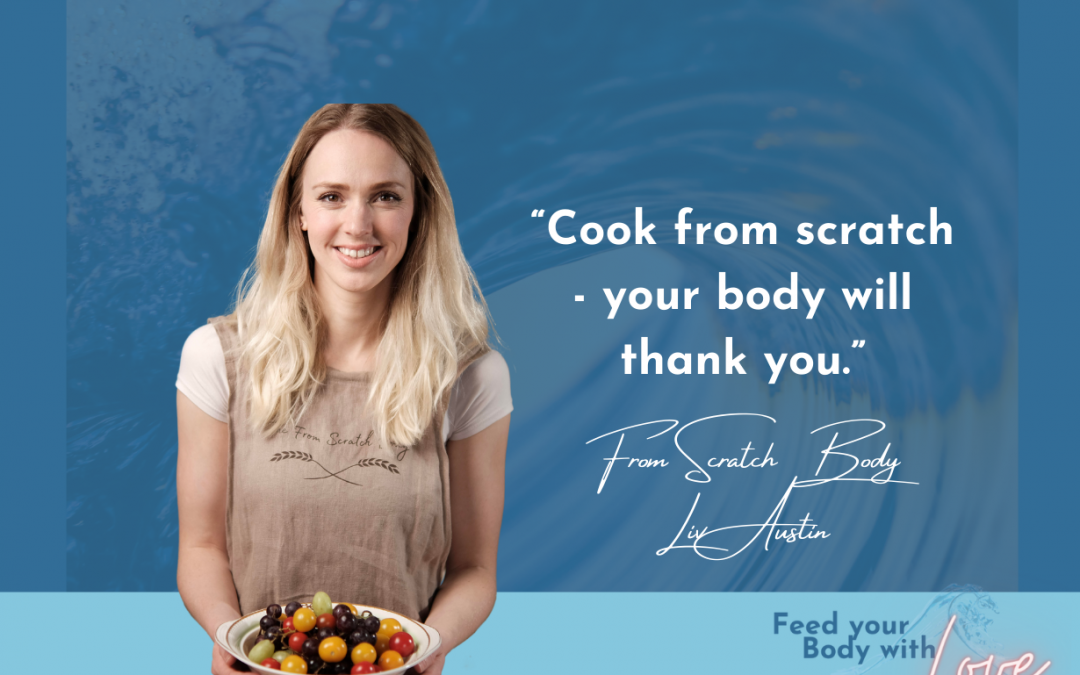 Singer and actor Liv Austen has turned a health issue (endometriosis) into a passion for cooking, by taking control of every ingredient that goes into her meals. Every week she shares something she has learned from cooking from scratch and goes through a recipe she loves, so you can cook alongside the podcast. Her motto is “cook from scratch – your body will thank you.”

Feeding your body, cooking, and learning about nutrition, how food affects your mood and energy and how self-love is also simply learning and planning what you eat!

Yoga and meditation have been huge for me so happy to talk about them. As well as cutting alcohol!

This is a big career shift for me so happy to talk about making changes in your life and how to deal with the guilt that comes with leaving some other things on the sideline for a while.